Howzak Boutique Hostel in Isfahan is a small and cosy house built more than 90 years ago in the historic neighborhood of Esfahan, a short distance away from the UNESCO-listed site Masjed-e Jame, the city’s magnificent Friday mosque. Before opening its doors to tourists and city visitors, Howzak House, had been privately owned by two generations of the Khanoum family: Goli Khanoum, who was the neighborhood’s girls’ teacher, and Malek Khanoum, who had lived with her five children in this house.

Howzak House dates back to the late Qajar period (1796–1925) and it is clear from its simple architectural style and ornaments, that it is not an aristocratic but a working-class residence. Yet, Howzak House exudes the charm and magic of traditional Iranian architecture, meaning that this perfectly symmetric building on the inside was built on a very asymmetrical land. Most importantly, however, it has over many decades preserved the cordial spirit of a family house.

How we made our Hostel Eco-Friendly

With various restoration projects, we aim to make as little intervention as possible, taking into consideration the needs of cultural travelers interested in experiencing traditional Iranian lifestyle in a big city. We respect our cultural and natural environment, which has inspired us to make use of recycled materials when making creative additions to the house: hand-made colored tiles collected from back yards of the tile factories to decorate walls, wooden pallets collected from paper factories to create standing garden shelves, fences and even some beds inside the rooms. We used our creativity and heart to preserve the integrity and authenticity of this historic dwelling and avoid any unnecessary changes. 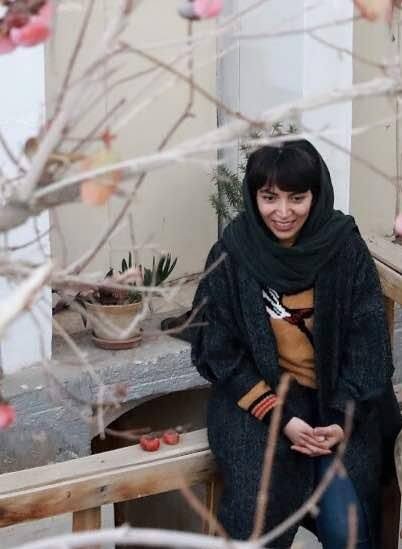 Nassim is a trained architect and conservationist. After twelve years of studying, living and working in Iran, Belgium and Uzbekistan she has found her peace in the magical Howzak House, tucked away in the historic neighbourhood of Esfahan, next to her favourite moustache man, Babak. “Tangible and intangible cultural heritage are two of my dearest life puzzles,” she confesses. Along with taking care of Howzak House, she runs UNESCO initiated cultural heritage projects both at institutional and local level. 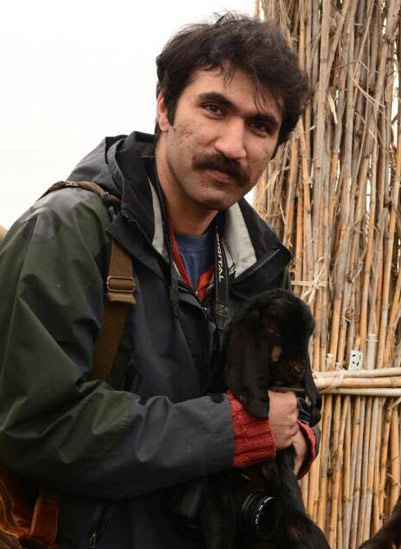 Babak is a both a musician and an engineer. He is also an experienced climber, having started when he was just 12 years old. Babak has excellent knowledge of Iran’s mountains and cliff-climbing. He introduces Persian music and its importance to Iranian daily life to Howzak House guests. It is no surprise that this moustache man, not unlike the rest of Iranian male population, is also a big football fan. Besides cheering for the national team, Babak also does coaching and plays the game himself. If you are interested in nature trails and tours, Babak is the man to ask. 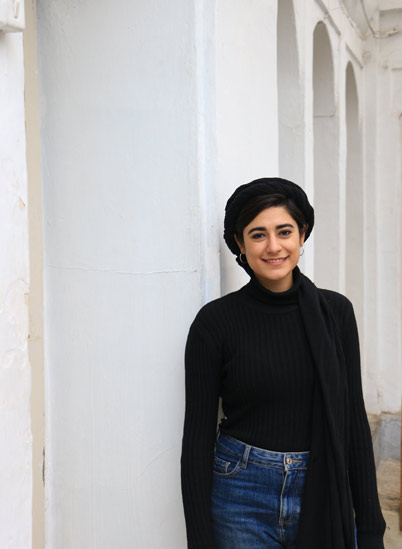 Yalda is our jounobi girl (meaning from southern Iran) and it is no surprise she loves seafood. You are welcome to ask her about local dishes or even musical instruments from her native region.
Studying architecture introduced her to the world of arts and various new and different points of view. Photography, in particular documentary photography, has since become her passion and specialty. Yalda loves cinema and can talk about movies all day long. She a curious and chatty type, the one that makes you feel welcome and at home after a day of travel or sightseeing. 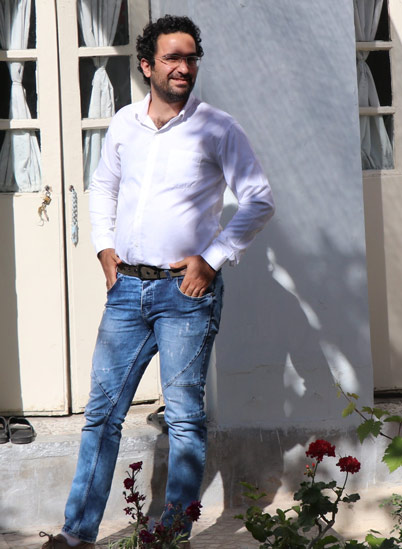 Sajjad is our ‘backgammon’ guy! He is into all kinds of board games, and takht-e nard (backgammon in Persian) is particularly his thing! If invited to play with him, watch out for his bluffing, the main asset of this (or perhaps his?) game. And not to forget, Sajjad is doing cinema studies and you can count on interesting and informative talks about Iranian movies with him. 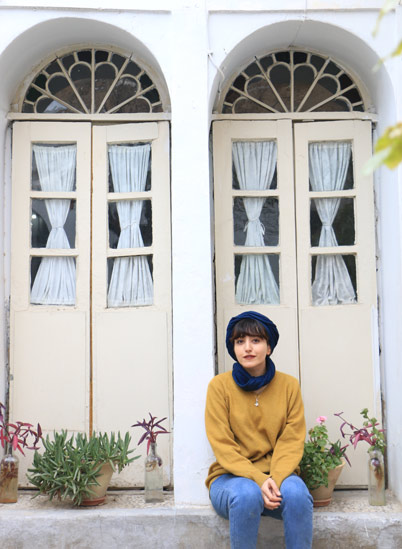 Mahshid is an architect and she is also good at building trust and bridges to people’s hearts. A bookworm, she gives preference to psychology when it comes to selecting her favourites. Mahshid is curious by definition and strives for learning and new experiences. You will most likely spot her cycling across the streets of Esfahan. Her preferred hobby is dancing, not only Persian but also traditional dance forms from other parts of the world. 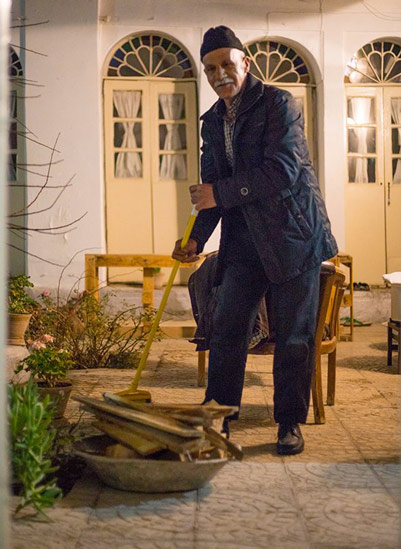 Esfandiar, aka Grandpa, is our friendly housekeeper who has been taking care of Howzak Guesthouse from the very beginning. He would always welcome you with a smile on his face and a cup of tea! Grandpa cannot speak English, but you can ask him anything in any language, and he would effortlessly understand. He also enjoys being photographed. You can count on at least one photo with him when reviewing your Iran trip pictures back at home.